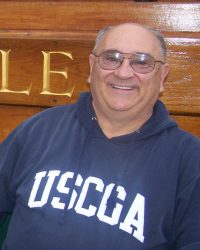 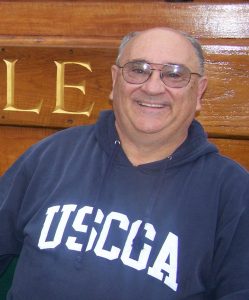 Daniel Gary passed away Thursday, April 2, 2020 surrounded by family in his Lacey home.

Dan was born September 28, 1946 in Chicago, Illinois to Donald and Ghislaine Gary.  He grew up in Lakewood, Washington attending Clover Park High School and graduating from Ayer High School in Ayer, Massachusetts his senior year.

Dan met his wife of 52 years, Nancy, while attending the United States Coast Guard Academy in New London, Connecticut as a cadet.  He graduated from the USCGA in 1968 with a Bachelor of Science degree and later went on to serve five years of active service; including one tour in Vietnam aboard the USCGC Rush.  In 1979, Dan earned two master degrees in Business Administration and Public Administration from City University of Seattle .

Dan coached little league baseball from 1979-1987 representing Mountain View Elementary School in Lacey. After a 12 year career in insurance sales, Dan was a USPS Rural Carrier from 1986 to 2008.  He delivered mail to homes in the Lake St. Clair and Evergreen Valley areas of Thurston County from the Lacey Post Office. Dan also owned and operated Action DJ’s/Garyoke with his wife Nancy from 1996 to 2010; playing music and karaoke throughout the Pacific Northwest and beyond at weddings and special events.

Dan enjoyed retirement by traveling with Nancy to Germany, Italy, France, the Oregon Coast and an extensive road trip tour of the United States.  He was an avid fan of the Seattle Seahawks, Seattle Mariners,Seattle Supersonics and also enjoyed singing, fishing, camping, boating and outdoor activities on or near the water.

Dan is survived by his wife Nancy of Lacey, his sons David (s. Dana Avery) of Elizabethtown, KY, Michael of Parkland, and Kevin of Lacey with one grandchild, Nathan Robles of Olympia. He is also survived by his younger brothers Stephen of Tacoma and Kenneth of Lake Tapps, three nieces, and four nephews.

The family is requesting in lieu of flowers donations to be made to St. Jude Children’s Research Hospital.