Larry was buried in Klamath Falls, Oregon with his mother, Pearl. There will be a memorial for Larry sometime in the Spring of 2021.

Larry Henderson was born on November 14, 1944 in Jacksonville, Texas to S.L. and Pearl Henderson, and he passed away on November 3, 2020 in Lacey , WA. Larry was the second of three sons. He lived in Texas and Oregon, and attended school in Bly, Oregon through the 8th grade. After his father retired, the family moved to Reklaw, TX and spent the winters there, returning to Bly during the summer months. When his father passed away in 1995, he and his mother continued dividing their time between Texas and Oregon until 2009 when they moved back to Bly. At that time, they began spending the winter in Olympia, WA with his older brother Jerry and family. When his mother passed away in 2012, Larry moved to Olympia and lived with his brother and family until 2018, when he moved  to an adult family home. He  was living there when, in August 2020, he fell and broke his hip. After having surgery, he was moved to a nursing home and spent the last few months of his life there. 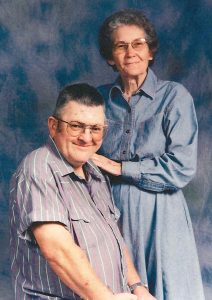 Larry loved being around people and loved living in Bly, where he was known as “the town mayor” by some! He knew everyone and everyone knew him!

Larry had many odd jobs around Bly while he was growing up. He cleaned the bar and washed dishes, he worked at the local theatre, he worked at the Sycan store, and he helped build a fence at the Forest Service.

Larry was very talented at building model cars and had quite a collection. He could tell you anything you wanted to know about older cars and could tell you the make and model of a car he saw on the road. Larry also enjoyed putting together jigsaw puzzles and watching TV, and had an        extensive collection of puzzles and movies, especially John Wayne movies. He loved spending holidays and birthdays with family, family reunions and traveling to Arizona for Spring Training.

Larry was preceded in death by his mother and father, and his  younger brother, Terry. He is survived by his brother Jerry and sister-in-law Diane of Olympia, WA; his nephew Scott in Auburn, WA; his niece and her husband Wendy and George Nuxoll and their children Martin and Teresa Nuxoll in Kennewick, WA; his special friends the Gerdes family in Bly, Oregon, and many cousins.

Larry was buried in Klamath Falls, Oregon with his mother, Pearl. There will be a memorial for Larry sometime in the Spring of 2021.