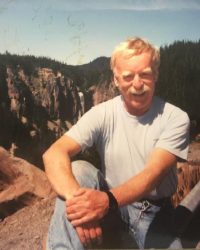 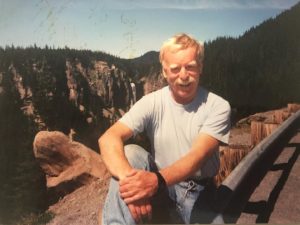 Rick Damitio passed away in Olympia on Thursday November 26th after a short illness at the age of 86.  Born in Elma Washington on October 9, 1934 Rick was the youngest of the three children of Sylvester and Francis Cessna (Fannie Chambers) Damitio.  Rick was the remaining survivor of the family having been preceded in death by his parents and his brothers Ed and Ray.  Rick grew up in the Grays Harbor County area, with much of his youth being spent in Cedarville at the family farm on Damitio Road.  After a short stay at Washington State University Rick spent three years in the Army.  After returning from the service he attended and graduated from St. Martins University (then College).  Fresh out of college Rick went to work for the Internal Revenue Service.  He proudly retired from that long career and shifted to State service with the Washington State Patrol.  In 2000 Rick retired from Government service.  In addition, Rick also spent over 25 years as a volunteer firefighter for the Lacey Fire Department.

In 1995 Rick married Charlene Lynn Neathery.  Both Rick and Char loved the water so when they were bored with their view of the water from the tip of Patterson Lake they could be found viewing the scenery in Port Townsend or Ocean Shores.  In 2006 Char and Rick moved to Cathlamet to view the Columbia River from their home on Puget Island.  Rick and Char made many wonderful friends in Cathlamet and were active in many community causes in Wahkiakum County including being founding members of the River Mile 38 Brewery.  In July of this year Rick and Char moved back to Lacey.

There just aren’t many like him and he will be sorely missed.  He was a devoted father, husband and friend.  With Rick there was never a bad day, because tomorrow was going to be even better.  Rick is survived by his loving wife Char and their seven blended children.  Chris (Judy), Sarah (John), Dan (Stephanie), Greg, Darrin (Laura), Dawn (Bob), and Andi (Jarrod).  Rick also leaves behind numerous grandkids and great grandkids.

To remember Rick, he would be greatly touched to have all of you share a remembrance or story of him at your table with your family.  In lieu of flowers, donations can be made to Columbia Riverkeeper.