Lieutenant Oldham’s Memorial will be held at 1:00 p.m. on Tuesday, November 26th, 2019 at the Evergreen Christian Community Church, 1000 Black Lake Blvd SW, Olympia. The procession with Lieutenant Oldham and his family will be arriving at 12:00 p.m. This service will be open to the public with full line-of-duty-death honors. 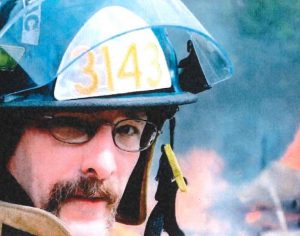 Philip Bryan Oldham was born to George and Jane Oldham on October 28, 1967 at St. Alban’s Hospital in Queens, NY, joining his older brother Greg.  The family of five was made complete with the birth of “daddy’s little girl” Sheryl in November 1970.

George was in the U.S. Navy, so moving was a way of life for the family.  His next duty station was on Guam, but since this deployment was scheduled for less than a year, the rest of the family moved to Olympia to live on a small farm with their grandparents, George and Vida Witherow.  It was there that Phil experienced the joys of farm life including being chased by mean roosters and getting stuck knee-deep in the mud.  He also learned that you shouldn’t always trust your older brother, especially when he convinces you to throw rocks at the cows or give the cat a bath in the watering trough.

The next three duty stations were in California in the cities of Vallejo, Oxnard, and San Diego.  Phil started kindergarten in Vallejo, went to K-2nd grade at Hueneme Elementary in Oxnard, and competed grades 3-5 at La Presa Elementary in Spring Valley.  When his father retired from the Navy in 1982, Phil was able to finish his school in years in a single district, attending Tumwater Middle School and graduating from Tumwater High School with the class of 1986.  His middle and high school years ignited a passion in Phil for high school athletics and activities, as well as a deep love for the community of Tumwater.  An accomplished multi-instrumentalist, Phil flourished in the band, as well as playing football and baseball.  When his father passed in 2014, Phil assumed the Tumwater Football season tickets that his dad had held since the early 1980s.  In addition, he volunteered many hours with the Tumwater marching band when Noelle was in high school.

Phil always wanted to be a firefighter.  After graduation he began volunteering with the Tumwater Fire Department, a position he held for 15 years.  While volunteering, Phil studied Paramedic Science at Tacoma Community College and worked as a paramedic at Washington Group International and Advanced Life Systems, Inc. in Yakima, WA, as well as many other first responder positions.

Phil started with the Grays Harbor Fire District #2 in April 2004 as a Firefighter Paramedic.  He was promoted to Lieutenant/Paramedic in January 2015. 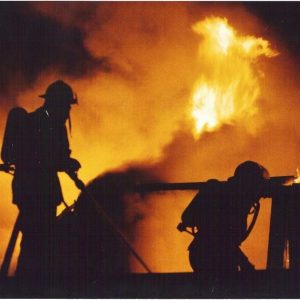 He served as the Fire District’s Health & Safety Officer for many years, and was instrumental in the development of the Fire District safety program.  He had a passion for the breathing air that supported firefighters.  He was in charge of the Self-Contained Breathing Air Program for the Fire District.  He lead the committee that oversaw the selection of SCBA’s for four agencies, and was instrumental in securing an Assistance to Firefighter Grant which paid for the purchase of 101 SCBAs.  He was trained as an SCBA repair technician in 2016 which was a long-standing goal for Phil.  He was very proud of that program and took very special care of making sure that firefighters were safe.

He was also involved in wildland fire deployments throughout the state.  He received the final approval for his Engine Boss Certification posthumously, a goal he had been working on for the last three years.

His contributions to the fire service are many, more than can be easily listed.  He was an EMS Evaluator, Instructor, Emergency Vehicle Instructor, served as the training officer for the Fire District from 2012 to 2014, and was actively involved in events outside of the agency work.

Three words sum up Philip well:  Service, Family and Faith. First, Philip was a servant.  In addition to his years of service as a firefighter and as a volunteer, Philip served anyone who had a need.  He always put others first.

In addition to service, family was very important to Philip.

After finally finding the love of his life, Jennifer, they got married on October 3, 2009 with a beautiful wedding ceremony on Lake Union.  He and Jennifer crammed in several trips to quickly build memories together.  They loved going to Disney resorts and spending time in the outdoors taking long hikes and bike rides.  Philip immediately accepted Jennifer’s entire family as his own.  He also took many weekend trips with Jennifer to spend time with Jennifer’s mom when she was ill. Finally, he was also very proud of his children’s many pursuits including his son Andrew’s acting and his adopted daughter Noelle Johnson-Oldham’s graduation from massage school.

Finally, Philip was a man of great faith.  He loved reading his Bible and engaging in deep theological discussions.  He was a devoted member of Evergreen Christian Community Church. Jennifer called him “a man of the Word,” meaning he didn’t just study the Bible but did his best to live the truth with integrity and love.

Philip left us on November 15, 2019, at Providence St. Peter’s Hospital after a five month long battle with a rare and aggressive form of leukemia.  He went peacefully, surrounded by the people he loved.  He was 52 years old. 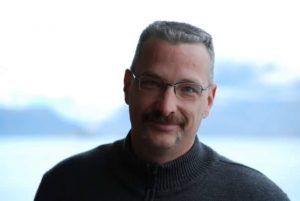 The sheer magnitude of encouragement and support from those whose lives he has touched has been overwhelming and humbling.  Our family offers our profound thanks to all the medical personnel who fought so hard alongside us, the firefighting community who has supported us with acts both big and small, and the incredible volume of stories and remembrances that have been shared with us during this difficult time.  A heartfelt thank you to you all.

In lieu of flowers, the decision was made by the family, IAFF Local 4258, the Central Park Volunteer Firefighters Association and Brady Volunteer Firefighters Association to form a Memorial Fund in LT Philip Oldham’s honor.  With that the proceeds will be used to create an annual scholarship in Phil’s name to be presented to applicants who are planning to pursue a career in the fire service or paramedicine.  Also, it will be used to donate to research for leukemia and cancers affecting firefighters.  Donations can be made to the LT Phil Oldham Memorial Fund, 6317 Olympic Highway, Aberdeen, WA 98520.

A part of us died with him, but a much larger part of Philip lives on in the countless lives he touched through acts of kindness and caring both large and small, and the legacy of service, family, and faith that will always define him.