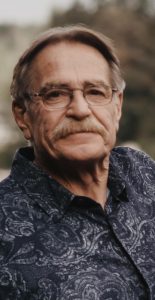 Michael Thomas Brennan, 71, passed away Saturday, September 25, 2021, after a courageous battle with cancer. Mike leaves behind his loving wife of 46 years, Karen, his son and daughter-in-law, Travis and Tanya Brennan, and his beloved grandson, Ryan.

Mike was born December 28th, 1949, in Burbank, California, and grew up with his six brothers and sisters. At an early age, Mike showed an interest in cars, which turned into a life-long career as a Master Automotive Mechanic. He     always knew how to fix a car just by listening to it! When he wasn’t working on cars, Mike loved to surf. He loved it so much, Mike moved to Hawaii for a year. When Mike moved back to California, he discovered Motocross and that became his new favorite sport, from winning local races to teaching his son to ride. Nothing brought a bigger smile to his face besides his wife.

Mike opened his first shop Mike Brennan’s Automotive in Van Nuys, California. It was very successful with customers from actors, musicians, and athletes as his clientele. Eventually, Mike decided to move to Olympia, Washington to follow his other passion of fishing. He opened Mike’s Auto and Electric in 1994 with his son and was one of the first shops to specialize in auto electric and wiring. He was known in the industry for his expertise in the field. Mike had a way of making everyone from customers, friends, and family feel special. They kept it a family business for 27 years, until Mike retired.

The one thing that kept Mike going through the long 2-year battle with cancer was the joy of his grandson, Ryan. Even when he was feeling his worst, Ryan could always make him smile.

Mike is preceded in death by his parents, John L and Aurora Brennan. He leaves behind his six brothers and sisters, Patrick, James, John, MaryEllen, Christine, Lucille; and numerous nieces, nephews, and cousins.