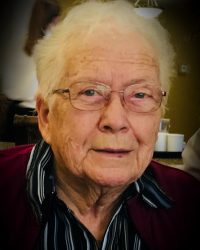 Margaret was born in Dent, Minnesota on April 2, 1931 to George and Barbara Kratzke.  She had one brother, John.  She also had a very special relationship with her aunt, Katie Honer, who helped raise her and was always a constant in her life.

She graduated from Perham High School.  She met the love of her life, Ray, in Dent, Minnesota at a dance when her friend Shirley said “You have to meet my brother who just got home from the service”.  That was the beginning of a life-long adventure for Margaret and Ray.

Their marriage on September 12, 1949 was the beginning of a journey together that lasted almost 65 years, when Ray passed just days before their 65th anniversary.  What a life they had!  They lived in several cities in Minnesota including Hibbing, Hopkins, Le Sueur, and Brainerd, moving due to job changes.  After retirement, Ray and Margaret moved to Lacey, Washington in 1996.  They loved their house and neighborhood and were devout members of Sacred Heart Catholic Church.

Music was always a part of Margaret’s life.  Growing up, her dad had a band and needed a piano player.  He told Margaret to learn the piano and, to the joy of all of us, she excelled and spent years of her life entertaining the rest of us.  Margaret had a musical ear.  She had the gift of being able to hear a song and just start playing it.  She played piano, organ and accordion.  She often played for the choir in her church in various places she lived, including after retirement when she joined the choir and played at services for years while they resided at Arizona West in Yuma, AZ.

Margaret and Ray enjoyed retirement by spending winters in warmer climates such as Tucson, Mesa, and Yuma, Arizona.  Everywhere they went, Margaret’s music was a bridge to community and lasting friendships.  She made friends easily and she was loved and appreciated by everyone she met.  She enjoyed playing cribbage, hand and foot, canasta, and smear.  Through her life her interests included square dancing, round dancing, stained glass, and, of course, listening to and playing music.

Margaret was a loving wife and a great mother to five children.  Margaret and Ray had a loving relationship, where they were not only partners in life but also best friends.  There was always a loving sparkle when they were together and would often hold hands or sneak a kiss.

If music is the window to the soul, Margaret shared her beautiful soul with us every time she sat down at the piano or pulled out her accordion.  There is beautiful music happening in heaven right now. 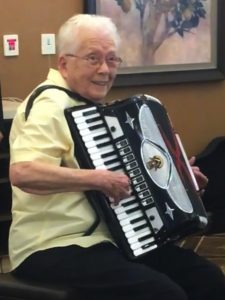 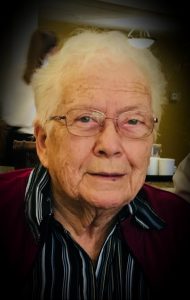 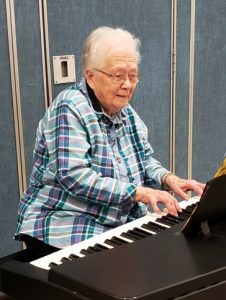 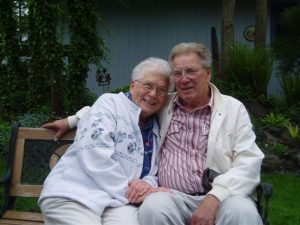