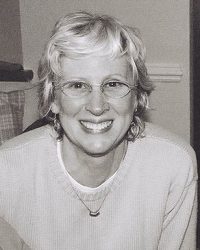 Lynn Sutch Tichenor went to be with our Lord on Thursday February 7, 2019. She passed away peacefully in her sleep at 530AM. Lynn battled cancer for 17 months following brain surgery to remove a malignant tumor.
Lynn was born in Norristown, PA on January 29, 1947 to George R Sutch Jr and Marjorie Sutch. She lived a full life of 72 years.
She had a happy childhood growing up on the family’s Welikeit Farm in Linfield, PA. Lynn attended Spring Ford High School and graduated in 1964. That summer her family moved to Washington. Lynn graduated from the University of Colorado in 1968, with a major in English. While at CU she met and fell in love with an Air Force Academy cadet, Charles (Chuck) Tichenor. They married on Dec 23, 1968, while Chuck was on Christmas leave from pilot training, and thus began her next adventure as an Air Force wife. She bravely waited out the year of 1970 when Chuck served in Vietnam. While in the Air Force the couple lived in Texas, Louisiana, Colorado and Alabama.
They moved back to Washington in 1976. Lynn was a “stay at home Mom” until the family moved to Lacey in 1986. She then began a 21 year career as a para-educator for the North Thurston School District. She worked with special needs kids at Evergreen Forest Elementary, Nisqually Middle and Meadows Elementary schools. She retired in 2008. In retirement Lynn enjoyed traveling, reading, “thrift shopping”, and volunteering at church.
Lynn was an active member of Lacey Presbyterian Church for over 32 years and served as a Sunday school teacher, Elder, Deacon, Youth and nursery coordinator.
Lynn was liked and loved by many people from all walks of life. She loved kids who seemed to always flock around her. Lynn had a wonderful welcoming personality. She had the gift of listening without judging. Every week she would mail personal
greeting cards offering words of support and encouragement.
Lynn, the oldest of 4 children, is survived by sister, Sally Elizabeth Walker (Dee), brother, George (Chip) R Sutch III (Ana Clothier), and sister, Nancy Ellen Knight (David).
She is also survived by Chuck, her husband of 50 years. Lynn and Chuck raised three sons, Charles L (Lesley Hetzler) of Poulsbo WA, Mark (Stacey) of Lacey WA, and Benjamin (Kimber) of Palmer, Alaska; and proud Grandma for 7 grandchildren: Jacob and Hannah (Charles), Alex and Joshua (Mark), and Karley, Zion and Shaely (Ben). She is also survived by numerous East Coast cousins, nieces and nephews.
A Celebration of Life/Memorial Service will be held Saturday, March 2nd, 1100AM at Lacey Presbyterian Church. Reception following at the Expo Center, Thurston County Fairgrounds.
Lynn’s obituary can be read at “woodlawn-funeralhome.com. Donations may be made to Lacey Presbyterian Church Benevolence Fund(laceypres.org) or Fred Hutchinson Cancer Research Center(fredhutch.org).