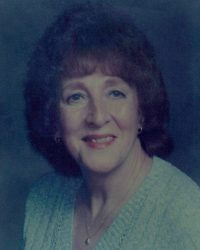 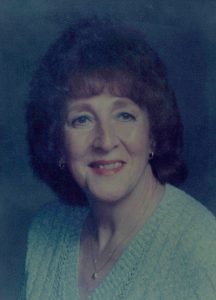 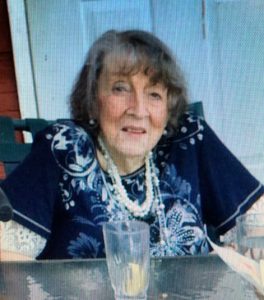 She was born March 18th, 1927 in Adna, Washington to Joseph and Lucy Butterfield and was the youngest of 11 children.

She moved to Centralia when she was 10 and graduated from Centralia High School in 1945. After graduation she started work at Pacific NW Bell.

In 1946 she married Earl Huber. They were married 17 years and had three children together; John, David and Sally.

She later married Breck Sturgell and they moved to Port Angeles. They had two daughters, Tami and Kim.

After a while, she moved to the Olympia area as a single mom and went on to work for the State of Washington in 1966.

While working, she met Dick Johnson and they eventually married in 1973. During that time, they moved to Renton and worked for the State up in Seattle.

In 1975, Dick passed away but, Leta remained in the area and worked until her retirement in 1987 as a Supervisor for the Department of Labor and Industries. Afterward, she decided to make Shelton her home. She loved the “woodsy”, small town feel of the area while still being close to family.

Out of everything, she loved spending time with friends and family. It gave her the most joy, especially whenever a new grandbaby came along.

She was competitive at board games, yard darts and bowling. She was a lover of animals and nature and a very talented poet who created numerous poems over the years. She loved God and enjoyed reading her Bible as she always found comfort in His word.

Leta was smart, witty and had a great sense of humor. She always had a twinkle in her eye and a mischievous grin on her face. She was not afraid to stand up for herself, although she could be stubborn at times. A great storyteller who was kind and honest and will always be remembered for her love.

She was the sweetest mother and grandmother who was loved dearly and will always have a special place in our hearts. She will be greatly missed.

She was preceded in death by her parents and her siblings. She is survived by her 5 children: John Huber (Georgia), David Huber (Sandee), Sally Ward (Bruce), Tami Short (Ward), and Kimberly Sturgell (Joseph). Her sister-in-law, Patty Scott and an abundance of nieces and nephews. As well as 17 grandchildren, 23 great-grandchildren and 5 great-great grandchildren.

God Bless you, mom and grandmother.