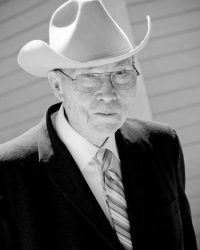 Subscription
LESLIE JOHNSON of Lacey, WA left peacefully, for his date with his beloved  Elfriede,
on Friday the 13th of December 2019.
Leslie,  “Les”, “John”, “Daddy”, “Boba” was born September 2, 1924 in Houlka, Mississippi.
The oldest of 8 children born to Jim Gilbert Johnson and Eunice Idell Cannon Johnson.
Leslie joined the Army May 8, 1943, at Camp Shelby, Mississippi, serving 24 years until his retirement July 31, 1967.
Les was a WWII Combat Medic.  He was shot, his leg was broken, and was awarded the
Purple Heart.  After his hospital stay, he was told he could go back to the states.  He chose to stay, going back to his unit with one crutch, because they needed him.  Over the course of his career, he received many accolades and awards, including the Bronze Star w/ Valor!
After the war he was assigned to Hospital Duty.  He said “No thank you, I don’t want bedpan duty and the nurses are ornery!”  His new career path was Transportation and Engineering for the Army.  All in all he spent 8 years in Germany as part of the rebuilding.  During that time he often got up before work and hunted deer to help feed the German families who many times did not have enough to eat.  The skills he learned as a farm boy from Mississippi served him well.  His roots never left him.  He had many interests; he worked on cars, he could grow & fix anything and was an excellent Keno player!  When God made him- He broke the mold!
While in Bad Nauheim, Germany, he met his future wife, love of his life and best friend, Elfriede Luise Kleinpeter.  They were married April 12, 1952.  For the next 13 years Les, Friedel and the girls traveled where the Army sent them.  He retired in 1967, they moved to Lacey, WA where he began a 20 year career that he loved, with The Washington Department of Game.
Leslie left this world after an eventful 95 years. He lived his life on this earth with purpose, work and distinction!  He was devoted to his family.  We all considered him to be the example by which other men should be measured! We are comforted to know, he will be a shining light in heaven, as he was on earth.
He was preceded in death by his wife Elfriede; his parents Jim and Eunice; sisters, Willie Taylor, Annie Ruth George, and Edith Fason; brothers, Kenny and Van.
He is survived by his sisters, Betty Haygood and Mary Hughes. His daughters, Linda Johnson Fuller, Karen Johnson and Dorothea Clifford. Grandchildren, Mindy Patterson (Jay), Melissa King (Justin), Courtney Fuller, Katey Johnson (TJ Vena), Danny Cliiford (Kay) Leah Scutcher (Matt), Hannah Clifford, and Jessica Clifford. Great grandchildren Brad Fuller, Maverick and Rowen King, Joseph Clifford, Zack and Ella Scutcher and many nieces, nephews and friends.
We all love and miss you. You will be in our hearts forever…until we meet again. 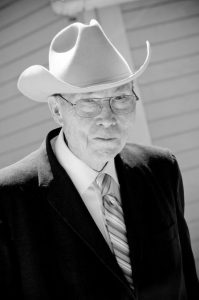