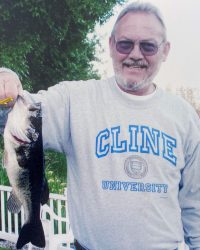 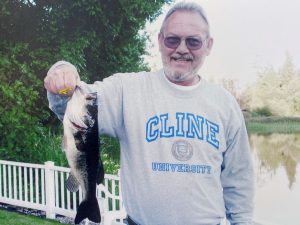 Larry Gene Cline, died at the age of 71 on August 2, 2020 at 1:50 am. He passed away peacefully in his home surrounded by “his girls” after losing his yearlong battle with lung cancer.

Larry was born on March 9, 1949 in Olive Hill, Kentucky to parents Charles and Sarah Cline. Larry was the 11th of 12 children born to his family. He was raised closely with his brothers and sisters and loved each of them dearly. His family left Kentucky when Larry was two years old and moved to the Pacific Northwest. The family lived in Dillard Oregon and eventually took permanent residence in Olympia, Washington. Larry graduated from Olympia High School in 1967. It was in Olympia where he met his closest lifelong friends, many of which proceeded him in death.

Larry bought his first car and entered the work force at only 14 years of age. He worked hard at many jobs in his younger years including a company that created road signs, a lumber yard, cheese factory and a crab boat fishing in Alaska. Larry had a very strong work ethic and prided himself with a job well done in the work sector as well in his personal life. He was a “do it yourselfer” in each of the homes that he owned and strived to keep them beautifully maintained with pride.

Larry met the love of his life, Sandy, in 1969 while “cruising” in Olympia with friends. Larry and Sandy were married on May 22, 1970 and recently celebrated their 50th anniversary together.

Larry started working at Pierce Transit in 1974 as a part time bus driver as he worked to earn his Associates Degree from Tacoma Community College. After earning his degree, Larry was quickly advancing his career at Pierce Transit which became not only his place of employment, but a place where he made many friends and had many colleagues that he respected and enjoyed spending time with. Larry’s career at Pierce Transit spanned 36 years until retirement in 2010 as Operations Manager.

Larry and Sandy lived in the Tacoma area for most of their marriage and raised their children, Genora and Tera in Fircrest, Washington.

Throughout his lifetime, Larry enjoyed many different hobbies. In his earlier years, he enjoyed playing on his local baseball team which was sponsored by the White Spot Tavern in Tacoma. He loved his 1965 GTO and had fond memories with Sandy and childhood friend’s street racing in Olympia. He enjoyed many years of taking vacations while driving his motorcycles and his convertible TR7 spider. Larry and Sandy created many fond memories camping together with family members and close friends. In the last few years of Larry’s life, they began “snow birding” to Apache Junction, Arizona where good friends and great memories were made. Larry enjoyed watching Nascar and attended races when he had the chance. Fishing was one of Larry’s lifelong favorite pastimes which influenced purchasing his final home in Olympia Washington on Lake Susan where he could fish for Bass from his back yard at his leisure.

Those that knew him know that he loved his family members deeply. His love will carry on and will be felt each day, as it is too strong to fade.