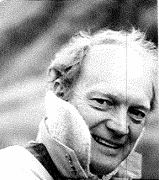 Kenneth Frank Spiller was born and raised in Olympia, Washington as the son and fifth child of Charles E. Spiller and Madge Kathryn Dolan Spiller. He attended St Michael’s School and graduated from Olympia High School.  As a member of the Zandell homestead pioneer family he was loved for his kindness and wit.

Kenneth fell in love with airplanes early in his life. He started building and flying model airplanes to flying small planes. He joined the Air Force to continue his passion of flying and to serve his country. He flew a B-47 while in the military. He was also a member of the Marine Corps reserve. After he completed his stint in the military he became a commercial airline pilot for Air West and Hughes Air West. At the end of his career Ken was piloting the big jumbo jets to the orient that included China and Japan for Northwest airlines.

Ken met Michaeleen while flying DC3. Ken was “smitten.” Ken and Michaeleen Miles Spiller were married in 1963 and had 3 sons Daivd (Ruth), Patrick and Brian (Hope). They lived in Federal Way, Washington, moved to Las Vegas, Nevada and then to Tenessee. They came back to the Olympia area to retire.

Ken became known as “Poppy” to all of his grandkids who loved him dearly. He loved spending time with his family and seeing his grandkids.

In memory of Ken, please consider donations to Multiple Sclerosis which diminished the life of his brother, Charles E. Spiller Jr.