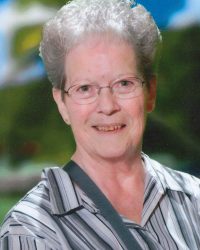 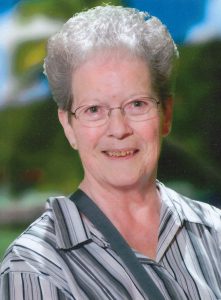 She was born on November 15, 1942 in Sitka, AK.  She is survived by daughters Robin (Steve) Martin and Jaci (Jeff) Stimach, grandchildren Alex (Emma) and Logan (Terrah) Martin, sister Vicki (Art) Nelson, and numerous family and friends.

She worked and retired from the federal government in Juneau, AK, the majority with the USDA Forest Service’s Regional Office as a Records and Directives Coordinator.

She was a graduate of Ballard High School in 1960.

Karen was heavily involved in many groups, including the Juneau Emblem Club (past President), Juneau Chapter #7 Order of the Eastern Star (past Worthy Matron),  International Order of the Rainbow for Girls in Washington, Idaho, and Alaska (past Worthy Advisor).  She was the Mother Advisor of Juneau Assembly #3 many times and was later honored to become the Grand Mother Advisor (twice) in the Alaska Grand Assembly.

She was an avid seamstress and was known to make dresses for girls within the assembly.  She quilted and was the treasurer of the Juneau Quilt Guild for years.  She loved doing a variety of crafts including, temarai balls, hand crafted ornaments, stained glass art, etc.