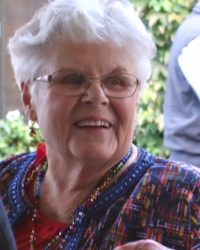 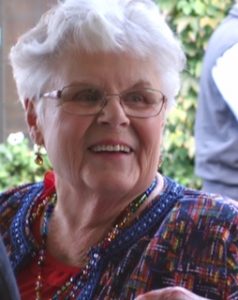 Born August 29th, 1935 in Olympia Washington Barbara Elaine McNellis passed away in her home in Lacey Washington on February 3rd, 2020 from complications of lung disease at the age of 84.She and her sisters grew up in Boston Harbor, a small community outside of Olympia and she graduated from Holy Names Academy in Seattle.  She worked nearly 30 years in the medical field as a transcriptionist at Western Clinic in Tacoma and in Gig Harbor where she lived for many years.

Barb enjoyed traveling around the Pacific Northwest and Montana in her motor home with her husband, Tom.  She especially enjoyed fly fishing on the beautiful rivers in Idaho, Montana and in Bend Oregon.  Many of you will remember her bragging that she would always catch the biggest fish.She would light up with excitement telling stories of her fishing experiences.She also enjoyed spending time at her many time shares along the Oregon and Washington coasts.During her and Tom’s retirement years, they would spend time in the warmth of Yuma Arizona to get away from our cold and wet Washington winters.

Barbara was compassionate, generous, smart and funny and with her quick wit would always make us laugh.  She really enjoyed parties and family gatherings and was a joy to be around.  She loved to follow her family and friends on social media – it sometimes felt like she knew more about their activities than they did.  We even hooked her up with the “find my friends app” so she could monitor our daily travels.  You might imagine the questions and conversation that came from that.