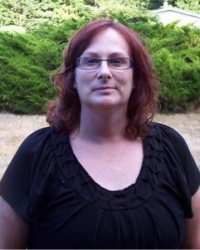 She was an amazing mother and wife. This shines through in her family. Her husband, Sandy, and their twin sons who are kind, caring, hardworking and respectful, Quinton and Xavier. 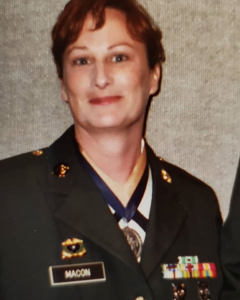 Angie was a retired Army Master Sargent. She very proudly served our country from June 1983—January 2008. She was activated during Operation Iraqi Freedom as a Logistician. She did so many things including drive huge semis and teaching others how to disassemble and reassemble weapons.

She worked for North Thurston Public Schools for over 25 years and held various positions. Regardless of her role, she was a ferocious advocate for every student/person with disabilities. Creating and making opportunities happen to add to their lives. Angie was a dedicated supporter of The Special Olympics. From taking her son, Xavier, to his practices and games to going to watch her husband, Sandy, coach. Supporting those teams with many trips across the state.

Angie was a very humble woman. She never wanted recognition or praise. She enjoyed working behind the scene and everyone knew she was there. She volunteered so  much of her time to helping others.

She was a long-time and talented member of Troupe Rashid Belly Dancers. She entered each performance with such commitment.  Belly dancing was a big part of her life, from making her costumes to being at nearly every practice and performance.

Angie was a member and past president of Twin Club, in which she traveled to different states to connect with and support other parents with multiples.

She was also an avid reader and Candy Crush gamer. She participated in any fun run that she could attend and went all out with whatever the theme might have been.

She is preceded in death by her mother, Susie Ward. 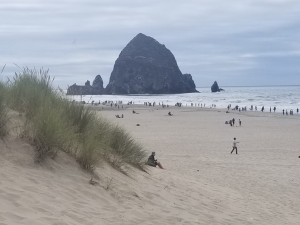