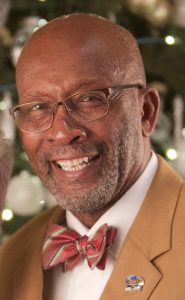 Bill, 66, passed away at home with his loving wife and son by his side, Wednesday, February 3, 2021. He was born on September 15, 1954 in Tulsa, Oklahoma to Ermerline (Grubbs) Taylor. He grew up with three     siblings and was surrounded by many aunts, uncles and cousins, who lovingly refer to him to this day as “Punkin”. In 1973, he graduated from McLain High School in Tulsa, Oklahoma.  Upon graduation he was    awarded a Wrestling Scholarship to Lincoln University in Jefferson City, Missouri where he graduated in 1977 with a Bachelor’s Degree in    Fashion Design and Merchandising. 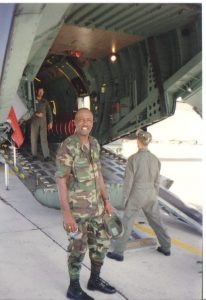 Bill was a member of ROTC in          college and upon graduation was commissioned into the United States Army in 1977.  He served in the Quartermaster Corps, retiring in 1995 as a Major. He was very proud of his service and his many accomplishments. He served in numerous places around the world    including Fort Sill Oklahoma, Fort Lewis Washington, Germany, Korea, and Guantanamo Bay Cuba. Following his retirement from the military, Bill worked as a military exercise planner and computer     analyst for multiple contractors at JBLM with most of his contracting career spent with Cubic Applications from 1996 to 2017.

Bill was a member of the Main Post Chapel on JBLM where he served as an usher and on the Chapel’s Council.  He was most proud of his affiliation with the Omega Psi Phi Fraternity, where he held a lifetime membership and was an active member of the Tacoma’s Delta Pi Chapter.  During his 40 plus years in the fraternity, Bill held, on multiple occasions, the offices of Basileus, KRS and Keeper of Finance. He took great pride in mentoring young fraternity Brothers.  Bill was one of the most generous, honest, loyal, caring, and kind person around. He was one of the nicest men you would have ever wanted to meet. He was always the gentleman. He loved music and dancing, and going to movies. Being outdoors hunting and fishing, especially with his brothers on his grandfather’s farm in Boley, Oklahoma he always enjoyed. Bill loved to laugh and always had a story to tell.  Family meant the world to Bill and he was known for his love of family. He loved his boys and was proud of the men they have become.  Bill was known for his style in clothes and was known as “The Best Dressed Man in the Room”. 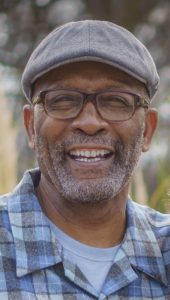