Thomas Leonard passed away a little past midnight on March 31st, 2021. His transition to the next was peaceful and accompanied by good music, good wine, and the company of all his children – and a couple of their spouses.

om (rarely Thomas, occasionally Tommy to loved ones) was a beautiful man, who lived a full and fascinating life. From his youth, when he travelled the world on a shoestring budget, to his final years, when he took trips both near and far with his children, he enjoyed experiencing the fullness of life. He imparted to all four children a love of new things: new places, new foods, new wines, and new tunes.

Tom was born in Brookfield Illinois, where his older brother still resides. He was saddened by the early losses of his mother, father, and sister, and always carried their absence with him.

After putting himself through college at the University of Illinois, he travelled to California to experience his own American dream. This was delayed slightly by a 2-year trip around the world that             expanded young Tommy’s mind and horizons and imparted upon him a deep love for the world, something that never left him.

California was kind to Tom, as he found meaningful work with The Hewlett Packard company, not to mention love and family. As a field engineer, Tom was respected and loved by both coworkers and customers alike, and he often found himself in the HP “Winner’s Circle” with above average sales. He was fond of downplaying his own role in HP’s success, always stating that it was easy to sell such high-quality equipment, but           downplaying his own abilities was just something he tended to do.

Those that worked with him would tell you that Tom was a person who could light up a room, whether it was a huge convention with thousands of people, or a dingy bar (preferably with a pool table or dart board for him to exhibit some more skills on). Tom was particularly good at ping-pong, 8 ball, 9 ball, or straight pool. Tom could stack a jukebox like nobody’s     business. Tom was funny, but less in a prepared joke way and more of a quick wit and big heart sort of way. Tom loved games and was able to share new games with his young grandchildren just a few days before he passed. 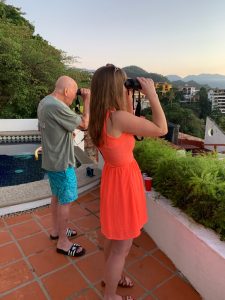 Tom experienced many flavors of Cancer in his final years. Some he beat with the help of science and his doctors, some he fought back against valiantly, but ultimately spread throughout his body. Despite these unfortunate goings, he kept a positive outlook, and took many chances to enjoy the expanded time that science bought him. Despite this bravery and added time, he would have happily lived it all over again. His clear reaction to bad news about his health was always “no, I want to keep living”. For a long time, he did.

Tom was my Dad, and I am going to miss him every single day.