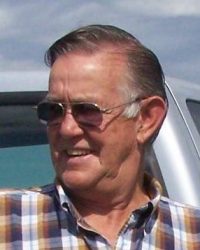 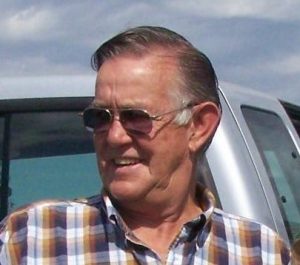 Richard passed away on October 22, 2020 in Riverside Skilled Nursing & Rehabilitation in Centralia, WA after a lengthy illness including Alzheimer’s Disease. He was cared for by loving staff who describe him as being very respectful of them. His wife, Francee, was by his side when he passed.

He was born March 19, 1940 to Muriel “Bill” and Laura May (Page) White in Willits, CA. Richard graduated from Willits High School in 1958 and joined the US Army. When he was stationed in Wiesbaden, Germany, he was a part of the Engineer Division and operated large machinery while building bridges. He later used that experience while logging in Mendocino County, CA. On April 3, 1977, Richard married Francee Louise Mendoza (McNutt) in Willits, CA. He worked for the Brooktrails Community District in Willits for 25 years before retiring in March 2000 as a Water Treatment Plant Operator. Richard loved to do carpentry work He really enjoyed building shelves, bookcases, cabinets and much more in his garage. In November 2017, he and Francee began fulltime RVing. They travelled the Western 13 states, some of Mexico and some of Canada before leaving that in July 2018, due to his failing health.

Richard loved camping with his kids and grandkids. They all remember the joys of learning to drive a stick-shift off-road vehicle out on his Uncle Wilson’s ranch, camping up above Covelo, deer hunting, fishing, and outings to the beach in Fort Bragg. Hiking was a favorite for them all. They loved working with him while he cut wood that he later sold.

He was preceded in death by Brett White Sr, Sheriff’s Deputy of Mendocino County; brother Lawrence White of Willits; and sister Grace Munson of Willits.

For those who don’t know the White Family history in Medocino County, Richard’s father, Bill White, was a police officer in Willits in the early 40s, later transferring to the Sheriff’s Department in Ukiah. He became an Under-Sheriff and, in May 1950, when Richard was 10, he was shot and killed by a meat runner (poacher) outside of Ukiah.