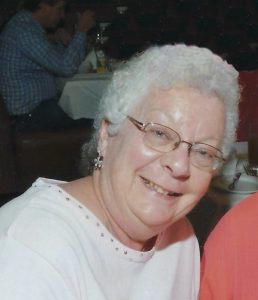 Nancy Ann Gary, 72,
Passed away unexpectedly on October 13, 2020 in her Lacey home. She was born December 29, 1947 in New London, Connecticut to Michael and Mary Severin.

Nancy graduated in 1965 from St. Bernard Catholic High School in New London, Connecticut and later attended and earned a certificate from Katherine Gibbs College of Providence, Rhode Island in 1969.

Nancy is preceded in death by her husband of 52 years,  Daniel in April of 2020.  She met Daniel while he was serving as a Cadet in the United States Coast Guard Academy,  located in her hometown of New London, Connecticut. They were married July 6, 1968 in New London.

During her husband’s military service, the Gary family lived in New London, Connecticut,  in addition to Lakewood and Alameda in California  before relocating back up to Washington State in 1973.  In 1974 they purchased their first home in Lacey, Washington where they resided for 46 years until her passing.

Nancy devoted her career to the support of the United States military. She started her 37 year career with the US Department of Defense in 1967 as an Administrative Assistant at the US Navy Underwater Sound Laboratory in New London, Connecticut.  She later served in the same role at the Alameda Naval Air Station in Alameda, California and Fort Lewis Recruiting Command.  After leaving the Recruiting Command, Nancy began her career in acquisitions in the Fort Lewis Contracting Office.  In the late 1980s and early 1990s at  Fort Lewis Nancy broadened her career to become a Department of Army Purchasing Agent, then a Contract Specialist.  After years of training and job experience she accepted a position as Contract Specialist and warranted Contracting Officer for the Army Corps of Engineers (ACOE) in Seattle, Washington.  Nancy was later promoted to a Supervisory Contract Specialist/ Contracting Team-lead for Military Construction for the ACOE Seattle division which she held until her retirement in July of 2009.  After her retirement, Nancy continued her service to the military as a retired annuitant for 11 years. 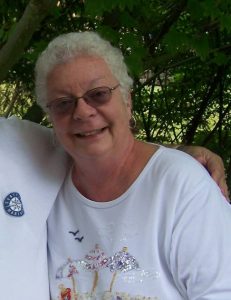 During the birth of their third child – Kevin,  Nancy took a break from federal government public service employment and was a realtor in Thurston County, Washington from 1979-1983. She also co-owned with her husband Action DJs/Garyoke from 1995 to 2010; serving as the bookkeeper and logistics manager for DJ and karaoke bookings.

Nancy loved to cook; amassing a cookbook collection comparable to a local library.  She enjoyed traveling with her husband to the Oregon Coast, camping on Riffe Lake in Mossyrock, Washington, and travelling abroad to France, Germany, and Italy. Upon their retirement, Nancy and Dan took a 44 day road trip seeing much of the contiguous United States.

Funeral service will take place at 11:00 AM, Friday October 23, at Woodlawn Funeral Home in Lacey, WA.  A Zoom facilitated live stream of the service will be available for those who cannot attend in person. In lieu of flowers, the family is suggesting a donation in Nancy’s name to the St. Jude Children’s Research Hospital in Memphis, Tennessee.