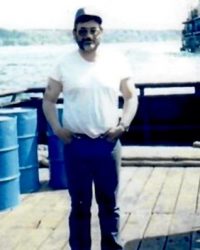 Celebration of Life is scheduled for Friday, June 19th at 2pm at Woodlawn Funeral Home, viewing to follow. 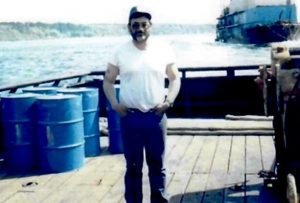 Lyle Robert Leach, age 75, was born in Sausalito California on January 17th, 1945. He was raised in Petaluma California by his mother Ethel, and father Lon Leach. In 1963, Lyle graduated from Petaluma High School where he was a member of the school basketball team. Shortly after graduating, he was drafted into the United States Army. He served in the 25th infantry division (Tropic Lightning), and was active in Vietnam from 1965 to 1967. During his service, he was a cook and was recognized as an Expert Badged Rifleman. He received an honorable discharge from the United States Armed Services in 1971.

Soon after his discharge, he attended Santa Rosa Junior College in Santa Rosa, California, Lyle achieved degrees in Drafting and Math. He then attended Empire Business College where he completed a degree in Accounting. In the early 80’s, Lyle found a passion for working at sea in the seafood and shipping industry in Alaska. He started out as a deckhand and over the years became licensed as a Mate, Merchant Seamen, Radar Observer, and Radio Operator. He knew how to navigate the surrounding seas and worked for numerous companies based out of Alaska until the end of 2006, working well over 20 years. The ocean was Lyle’s love.

Lyle sincerely enjoyed his time working for the Nisqually Tribe as a point of salesclerk starting in 2007. He decided to retire from his long years of work all together in 2013.  While there, some of his coworkers became his lifelong friends.

When Lyle was younger, he was a skilled and determined bowler. He made newspaper headlines all the way from California, to Nevada. In his later years when he was not at sea, Lyle loved spending his quiet time reading, doing crossword puzzles, and drinking a nice cup of coffee. Lyle was a devoted Seahawks fan, and enjoyed his mobile gadgets and gaming apps. Every Sunday during the football season he’d dress from head to toe in his Seahawks gear, and spend the day at Laura Mercado-Olin and Chris Olin’s house to watch the game and eat some good food. He would golf on his mobile device, as he could no longer play on the greens himself, solve crossword puzzles on his phone instead of in the books, and read mystery novels on his tablet. Lyle was very friendly to everyone and anyone who got the opportunity to meet him. He was especially kind, humble, generous, supportive, and did not judge people. Lyle was accepting and approachable, and he treated every person he met with respect.

Lyle passed away in Olympia Washington on May 22nd, 2020. He is survived by his cousin Joanne Nettro-Morris, and many others within the Machado family, as well as by his half siblings and a daughter. Along with Marlene Mercado’s family, that he has been part of for almost fifty years. Lyle considered his closest friends to be his family.

Lyle will be dearly missed! As a true Veteran, not just in service, yet also in life!