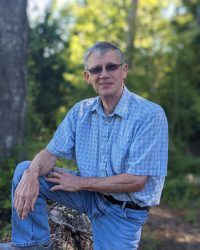 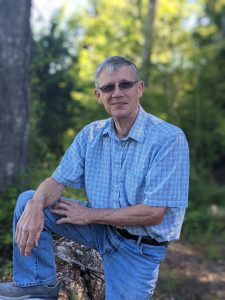 He is survived by his wife, Mary Jo; three daughters and son-in-laws, Melinda and Josh Yunker of Kennewick, WA, Brenda and Matthew Polster of Olympia, WA and Donna and Jeffrie Isobel of Seattle, WA; seven grandchildren, Hailey, Maia, and Jaelyn Yunker; Sierra, Cedar, and Caspian Polster; and Soski Isobel; one sister and brother-in-law, Pamela and Bob Ayers of Floral City, FL and one brother and sister-in-law, Mark and Debbie Belmont of Dunnellon, FL. He was preceded in death by his parents and sister Bonnie Belmont.

Jack graduated from Niagara-Wheatfield High School in Niagara Falls, NY 1966, New York State Ranger School in Wanakena, NY 1968, Airborne Jump School in Ft Benning, Georgia 1970 as a cadet in ROTC, Stephen F. Austin State University in Nacogdoches, TX with a BS degree in Forestry 1972. He was also a 2nd Lt. in the Army. He served his time at Ft. Lawton in Seattle, WA in Air Defense Artillery 1972-1974.

Jack met Mary Jo in the summer of 1968 at SFASU and they were married on May 22,1971. Jack drove trucks hauling chickens for S&T Poultry. He worked for the Nacogdoches Fire Department and drove for Bright Coop Co. in Nacogdoches, TX. After the Army, Jack and Mary Jo became a husband-wife truck     driving team and spent 3 years working all over the USA and Canada. In 1976 they settled in Forestville, NY and Jack started a small trucking business. In 1991, they moved to Washington and built another trucking business hauling for Cardinal Glass. In 2018, Jack sold the business to SPD under Daseke.

Jack was very active in his community and enjoyed travel and boating. Jack was a member of Westwood Baptist Church, and was president of the Olympia Rotary Club from 2015-2016. After retirement, he and Mary Jo traveled in their RV visiting family and friends.

One time someone asked Mary Jo why she did not go with a good old southern boy instead of the Yankee. She replied that it was because he was different and exciting. Mary Jo was always by his side because he was the love of her life for over 50 years.

A memorial service will be held at Woodlawn Funeral Home, 5930 Mullen Rd SE, Lacey, WA on Friday, October 1, 2021 at 2pm. In place of flowers, the family requests that donations be made to Olympia Union Gospel Mission, PO Box 7668, Olympia WA, 98507-7668 in memory of Jack Belmont.