By her wishes, a celebration of life for family will be held at a later date. 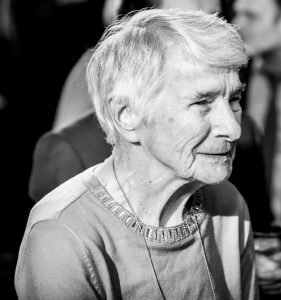 Isabelle “Boh” Marian Bohman, 90, of Lacey, WA, passed away on August 2, 2020 at Providence St. Peter Hospital, Olympia, WA, of a stroke.  Boh was born November 9, 1929 in West Hartford, CT.  She was the daughter of Frank Edward and Marian Birchard Bohman.

After graduating from high school in West Hartford, CT, Boh continued to be involved in athletics as a Physical Education major at Skidmore College.  She furthered her education at Northwestern University, University of Illinois and England receiving advanced degrees and advanced training in physical therapy. Boh worked for many years as Assistant Dean of the Physical Therapy School at Washington University in St. Louis, MO.  After leaving WU, she became a free-lance physical therapist and taught many specialty physical therapy courses in the United States and around the world.

Boh published many training manuals, and numerous articles on physical therapy as well as being a much sought after clinician. She created the “Bohman Method”, which many physical therapists around the world and U.S. continue to use.

In transition to retirement, Boh moved to Panorama, in Lacey, WA to enjoy the great Northwest.  Her time was spent traveling the world, volunteering at local hospitals, finding joy giving to others, and learning wherever and whatever she could.  Boh was a strong independent soul that will truly be missed.