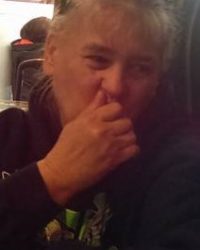 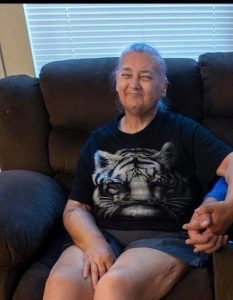 Carol A. Hampton passed away peacefully in her home on June 26th, 2021 in Olympia, Washington with her husband by her side.

Carol was born on  April 10, 1952 to Harold Raymond Cattron and Ilsie Isabel Cattron. Carol grew up in Washington State and is a graduate of Everett High School. She later married the love of her life Arnold Hampton in Lopez Island on October 10th of 1992.

She was also an amazing member of the community that will never be forgotten. Carol was a member of the Lopez Island Community Church were she met lots of friends and gain lots of support. She was also part of Friend of the South Cle Elum Depot, who worked on preserving the Train Depot the Chicago St. Paul Milwaukee Railroad. Carol enjoyed to spend her time off working with Polymer Clay, Photography, Walking on the beach, Crocheting, Traveling, Family Genealogy and Farming!

Carol was a beautiful soul, she was stronger than most people knew. She was made of steal meaning her mind and body where tough. She is now survived by her Spouse Arnold Hampton, her sons, Daniel J. Hampton and Kai M. Wolk and her daughter, Chris A. Stone. Carol now joins her deceased parents Harold R. Cattron and Ilsie I. Cattron along with her brother and sister, Larry R. Cattron and Ina L. Anderson.