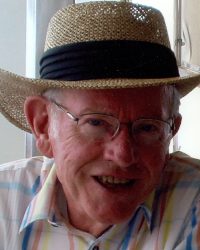 A funeral mass will be held at 9:00 a.m. on Monday, August 5, at Sacred Heart Parish in Lacey, Washington. 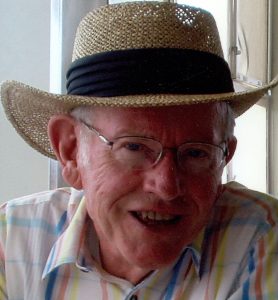 Bill gracefully gave his soul to the hand of God on July 29, 2019, at the age of 91. To the end, he showed the same kind and generous spirit he displayed throughout his life.

Bill was born to William James Farrell and Irene Mary McCann on July 31, 1927 in Fargo, North Dakota. In his early childhood, he moved from Verona to Oakes and then eventually Britton, South Dakota.  His upbringing instilled a strong work ethic and from a very young age Bill, who was also known as Bud, was never without a job.  Notably, his history included military service for the 11th Airborne in Japan until 1947 and 43 years of dedicated service to the City of Seattle.

After Bill’s family moved out west to Seattle, Washington he met and fell in love with Donna Louise Jacobchick, who by chance was also a North Dakota native. Bill and Donna were happily married for over 62 years and raised four children.  Together, they were founding parishioners of St. Thomas More Catholic Church in Lynnwood and served that community for 46 years in many capacities.

Bill was a real people person.  He could strike up a conversation with anyone he met, was fascinated with connections people had with one another, and was a dear friend to many.  He enjoyed camping, biking, and gardening.  He will be remembered as an inspiring father and a loving grandfather.

A funeral mass will be held at 9:00 a.m. on Monday, August 5, at Sacred Heart Parish in Lacey, Washington.