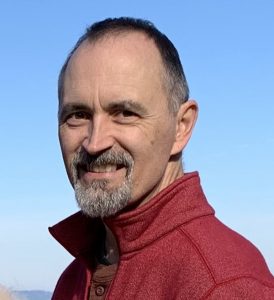 Tracy Lee (Tate) Farrow passed away on July 14, 2020. He was born to Noreen (Arnold) and Joseph Farrow on May 22, 1969 in Wilmington, Delaware. He grew up with two sisters (Sandi Farrow and LuAnn Schafer) and four brothers (Rick, Butch, Bill, and Shawn). As a young boy, Tracy enjoyed playing youth sports, excelling at football and baseball.

Following brief stints in construction and banking, Tracy went on to honorably serve more than 20 years in the United States Air Force (USAF) as an instrumentation and flight controls maintainer on the B-1 Bomber and eventually all heavy aircraft.

After Basic Training in Texas and Technical School in Colorado, Tracy was first assigned to Ellsworth Air Force Base, South Dakota where he met, fell in love with, and married the love of his life, Jennifer (Scribner) Farrow. Together, Tracy and Jenn enjoyed many nerdy pastimes, including a love of Sci-Fi (particularly Star Wars) and comedy movies. The Princess Bride held a certain affinity for them as a couple, becoming “their” movie and the saying “As you wish” becoming their call sign of “I love you” to each other.

Tracy was next assigned to the USAF’s premier test center at Edwards Air Force Base in California where he continued working on the B-1 before training to also work on the B-2 Bomber.  It was during this time that Tracy won a prestigious USAF maintenance award at the Major Command level. Having been at Edwards for some time, Tracy then moved into technical order verification and validation helping to ensure manuals used by technicians throughout the world were accurate to keep aircraft appropriately maintained and safely in the air.

After nearly 10 years at Edwards, Tracy received orders to Ramstein Air Base in Germany. There, he helped manage a back shop where repairs were made to aircraft components. Before his deployment to Ali Al Salem Air Base in Kuwait, Tracy was honored as part of a team competing for the Chief of Staff of the Air Force Award, again receiving honors at the Major Command level. Upon return to Ramstein from Kuwait, Tracy became a financial advisor for his squadron before his next and final assignment to McChord Air Force Base in Washington. There, having achieved the rank of Master Sergeant, a Senior Non-Commissioned Officer, and selflessly serving 20 years and 3 months, Tracy retired from the USAF.

Tracy and Jenn enjoyed travel of all kinds, particularly when they could take their beloved dog, Lily Eureka May Farrow the Havanese, with them. More than anything, they appreciated the people they met in their assignments and travels, building life-long friendships that made up their extended family. Though Lily couldn’t join them, they also loved cruising with friends and family, exploring ports of call and underwater by snorkeling or SNUBA. A few years after Tracy retired, Jenn took civilian job assignments that saw them spend about a year and a half in both Hawaii and Colorado.

Though he himself disliked it, Tracy had a smile that lit up any room and, along with his quick wit, endeared him to all he met. He was known as a generous friend and was quick with advice, particularly about taxes, having volunteered for more than a decade as a tax advisor providing free tax preparation for active and retired military members.

Tracy is survived by his loving wife of 25 years, Jennifer, his brothers Rick (Tracey), Butch, Bill (Teresa) and sisters Sandi and LuAnn (Alan), aunts, uncles, nieces, nephews, and grandniece and grandnephews as well as his chosen brothers and sisters he selflessly and honorably served with in the military and all the friends who became family that he met through his life journey. He is preceded in death by his parents, his brother Shawn, grandparents, and aunts and uncles. May the Force Be With Him Always!

A Celebration of Life will be conducted for Tracy Farrow a later date.
Please contact Woodlawn Funeral Home & Cemetery directly if you have any questions.

In lieu of flowers, please consider donating in Tracy’s name (MSgt Tracy Farrow, Retired) to one of the following organizations: