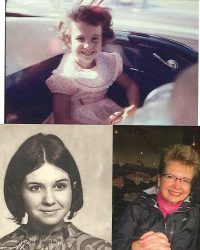 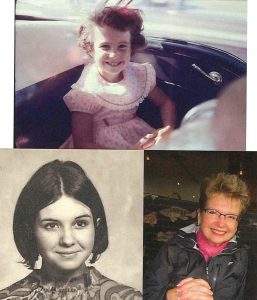 With great sorrow the Deshaye Family reports the passing of Therese Marie Deshaye.

Therese, the eldest of five children of Viateur and Yvonne Deshaye, was born in Regina, Saskatchewan, Canada in 1950. The family immigrated to the United States and settled in Olympia, Washington in 1956 and soon became citizens here. While speaking only French until aged six, Therese mastered English nearly immediately and excelled at all levels of education, becoming Valedictorian of her class at St. Placid School in Lacey and graduating from Olympia High School in 1968. She then attended Western Washington University. She embarked on a successful career at the State of Washington, and retired with 33 years of service.

Before and after retirement, she cared for her aging father, mother and disabled brother. No person who ever met Therese could deny her charm and kindness. Her brothers all share a debt to her for her constant love and support at every point of their lives; they will always love her quick smile, sense of humor, and her eye-watering laugh at jokes and recollections from her brothers that in all honesty were not as funny as her response would indicate. Therese had a uniquely kind heart, and in her service and faith her quiet philanthropic gestures proved a truly caring soul, especially empathetic for those less fortunate.

She is survived by her brothers Paul, Robert, Patrick, John, and all their respective families. Therese will be sorely missed by especially her family, and also by anyone who had the joy of knowing her. In keeping with her private nature, funeral services will be with her immediate family.