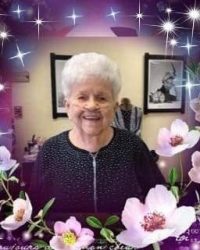 Subscription
Theresa “Marie” Waldecker 90, a resident of the Lacey / Olympia area since 1984, died Jun 27, 2019 at home in hospice care.
She was born Sept. 25, 1928 in Providence, RI to Thomas P. McKenzie and Corrine E. “Kirwin” McKenzie
She married Charles R. Waldecker on Jun. 14, 1947 in Johnston, RI.
In 1955 her husband received orders, and her and her family moved to Calif.
Mrs Waldecker was not only a stay at home mother, but later a teachers aid for special education students for the Los Angeles unified school district.
In 1984 her and her husband moved up to Washington, and settled in Thurston Co.
Mrs. Waldecker was a member of the ladies auxiliary of the Fleet Reserve Association, and St Michael’s Catholic Church.
Mrs. Waldecker is survived by two daughters, Linda M Goff of Lacey, Wa. Charlene A Towler of Olympia, Wa. A son, Robert R Waldecker of Shelton, Wa.  (11) Grandchildren (21) Great Grandchildren.  She was proceeded in death by her husband, Charles R Waldecker, and her daughter, Donna J. Waldecker.
A memorial service will be scheduled at a later date at St. Michael’s Church, Olympia
Arrangements made by Woodlawn funeral home, Lacey.