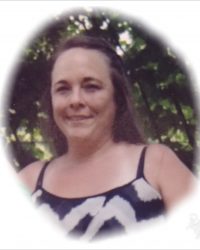 Suzette Somerville, 46, died July 6th, 2019, with her Father and Husband by her side at Providence St. Peters Hospital in Olympia, WA.

Suzette was born October 24th, 1972 in Olympia WA. To Lloyd and Odelie Howell. She was born into a huge family of 6 siblings and later a 7th sibling. Living in this ever-growing family taught her how to love and care for people without expecting anything in return. It also taught her how to not hold back when she had something to say. Growing up she got the opportunity to travel with her truck driving father; where she found her love for the language arts. She would spell all kinds of words from the passing signs as they drove and learned a few she shouldn’t have known. In high school she thrived in English. She loved to write and throughout high school she developed a notebook of her writings and poems.

She became a mother at the young age of 19, after graduating from Rainier High School. She quickly fell into the role of an amazing mother and raised two lovely daughters. Later in life she went on to have 2 rambunctious boys and again proved herself as an amazing mother. Unfortunately she had to endure the heart break of losing her youngest son, this is when she showed her remaining 3 children exactly what the saying “what doesn’t kill you makes you stronger.” As time went on many friends of her children grew to calling her mom because of her caring and sometimes blunt way of talking with them. Her advice is what everyone loved about her because she would tell you exactly what you needed to hear even if you didn’t want to hear it. Suzette was a special kind of person and always filled the room with her presence.

Some of her interests were gardening, having fun with friends and family, going to the beach, and loving on her children and grandbabies. She took pride in helping others anyway that she could whenever they asked.

Suzette was proceeded in death by her mother, Odelie Howell, her sister, Loretta Brooks, and son, Jace Sommerville.

All who wish to attend are invited.