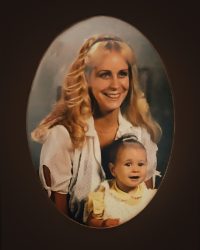 Sharon West, age 60, passed away on February 16, 2018, at Madigan Army Hospital in Tacoma, WA. Sharon was born in Bethlehem, Pennsylvania on August 20th, 1957, to Bernard and Marie Bankowski. She graduated from St. Francis Academy in 1975. Sharon joined the Army in 1975, and after serving her country proudly, decided to pursue a career in school counseling. She attended St. Martin’s College, where she earned her Bachelor’s degree in Psychology, graduating with honors, and then went on to complete a graduate degree in Counseling from Chapman University. She worked with students in Pierce County School District.

In 1986, Sharon married Rick West in Yakima, Washington. She was a beloved member of Christ the Servant Lutheran Church, and will be remembered for her countless hours of charity work and community involvement, as well as her unabashed love for the Seattle Seahawks.

Sharon is survived by her husband Rick West and her three children Robby Johnston, Tiffany Passaro and Lance Passaro,  as well as her five grandchildren Christina Cloh Horton, AnnMarie Johnston, Aidan Passaro, Aly Johnston and Quinn Passaro, and her mother, Marie Bankowski. She was preceded in death by her father, Bernard Bankowski.

The memorial service will be held on Wednesday, February 21, at 1pm., at Christ the Servant Lutheran Church. In lieu of flowers, donations can be made to the Union Gospel Mission of Olympia.