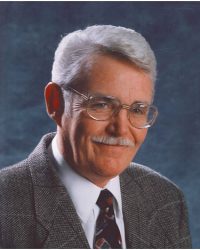 Robert “Bob” Wallace, 77, died May 27, 2017, in Olympia, Washington after a brief illness. He was born in Brewster, Kansas on 6/27/39 to Darrell and Leola Wallace. The family moved to Yakima, Washington in 1941 and Bob graduated Yakima High in 1957. He earned a BA in Business Administration from Central Washington College/Ellensburg in 1962, an education paid for entirely on his own working graveyard shift rebuilding tractor combine tires. His first love was a 1958 Ford Fairlane two door with 300 HP V-8 engine.

Bob spent several summers working on his Uncle “Shorty” McKee’s family farm in Kansas where he and Old Smoky herded cattle and brought lunch to the farm hands. The week’s big event was the Saturday night picture show in town…some 30 miles away.

After graduation, Bob joined the Washington National Guard, worked briefly for the Boeing Company in Seattle, and began a lifelong insurance career with the General Adjustment Bureau (GAB) , managing their offices in Bend, Oregon. It was there that he met his BBDE (best blind date ever) Kathleen “Kitty” Walden, and spent the next 44 years of his life with her and her two children, raising them as his own.

Most of their married life was spent on Johnson Point, a place he dearly loved. Life was full with boating and camping and raising a family who adored him. Later, he and Kitty most enjoyed traveling to Hawaii and Palm Springs. Always about others and never about himself, Bob was ever the Kind Hearted Gentleman, Dogfather Extraordinaire, World’s Best Gramps, Supreme Mr. Fixit, the Go-To Tool Guy. There will never be another like him.

Bob is survived by his wife, Kitty, and step daughters Carla Walden and Shelley Westall and his special “Gramp’s daughters”, Katie and Spencer Westall as well as son-in-law, Jim Westall. He also leaves his beloved dog, Sophie. Bob was preceded in death by his parents Darrell and Leola Wallace and Brother Gary Wallace.

Donations in Bob’s memory may be made to NODA (No One Dies Alone) c/o Providence St Peter Foundation, 413 Lilly Road NE, Olympia, Wa 98506 or a charity of your choice.