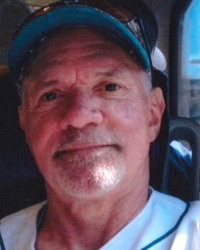 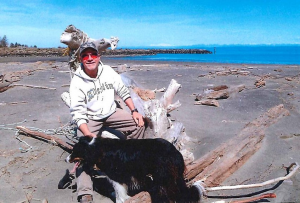 Michael (Mike) Arnold went ot be with his Lord on April 25, 2019, in his home, in Lacey, Washington. Mike was born in Danville, Virginia on July 14, 1954. Mike loved the Pacific Northwest. Mike was retired from the North Thurston School District He loved the Washington Coast and often visited the ocean with his dog, Ranger. Mike enjoyed yearly visits to Tenino, Washington during the summer to participate in the annual Black Powder Competition.

His hobbies included long walks with Ranger, dancing, and spending time with the friends and family who loved him dearly. He was a fanatic fan of both the Seattle Mariners and Seahawks. Mike was the son of Douglas and Doris Arnold from Shalimar, Florida.

He was preceded in death by his son, Chris, as well as his father. Mike is survived by his mother, Doris, and his three brothers, Victor (Chris) of Hilliard, OH, Richard and Gary (Brenda) of Ft. Walton Beach, FL and a large extended family.