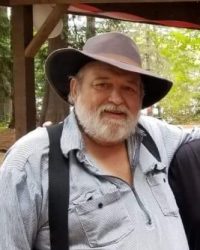 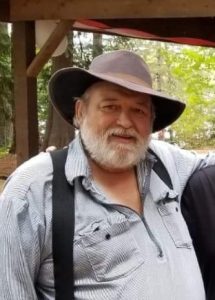 Loren Bruce Pagel passed away on January 20, 2020 surrounded by his family.
He was born August 30, 1956 to Bruce and Lorraine Pagel in South Bend, Washington.
He spent most of his childhood and entire high school career in Mason County.  He
enjoyed showing off his vehicles while hanging out at Evergreen Square and cruising
town before challenging anyone to race the “quarter mile” in Dayton.
Just out of high school in 1974 he married Lorrie Goldsby and they welcomed a son
Josh in 1976 and a daughter, Amy in 1978. Although that marriage ended a lifelong
friendship remained.
In 1979 he began his lifelong journey with Sherry Justice, gaining 3 more children
Donda, John and Harold.  During the next 41 years he and Sherry spent together, they
made a happy life full of family, laughter, love and generosity. He and Sherry always
had a bed and a hot meal for anyone in need, helping others came naturally.
He enjoyed anything to do with boats and heavy equipment.  He was a log truck driver,
heavy equipment operator, log broker and could do just about anything, he was superior
at all of it.  While living in Alaska (1989-2011) he single handedly changed how logging
camps were ran.
He was a man full of love & laughter. His greatest joys were his kids and grandkids. He
was always quick to share stories and achievements of both to anybody he
encountered. To say he was proud of them is an understatement.
To know him, was to love him.  He will be remembered as a larger than life man who
was never without his hickory shirt, cowboy hat and boots, and a nip of whiskey.
We will always remember his chuckle, the mischievous glint in his eyes and his hugs
that fixed whatever ailed you.  He made everyone feel loved and accepted even with his
witty jokes.
Loren is survived by his love, Sherry, sons Josh (Misty), John (Sheree), Harold (Tami),
daughters Donda (Brett), Amy (Toni), and brother Art, as well as 17 grand kids, 21 great-
grand kids and numerous nieces, nephews and friends.

Sail on “Daddy-o” and say “Hi” to Charlie