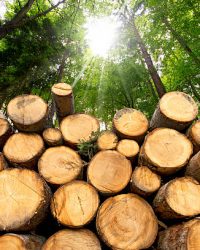 John Allen Meek, 67, passed away surrounded by family on May 28, 2020 in Lacey Washington. He was born on November 23, 1952, to John and Margaret (Huffman) Meek in Centralia Washington. He grew up the second of seven siblings. In 1971, John graduated for Tumwater High School. A year later, he married the love of his life, Wilma Lohrengel. Together, John and Wilma raised two daughters, Christina and Brandy.

John lived most of his life in Olympia, but also lived in Centralia, Cle Elum, and Allyn. John was a logger and worked in the timber industry for over 45 years. He also was a volunteer firefighter with East Olympia District 6 for 31 years, earning the rank of Captain. John loved being outdoors and, in his spare time, enjoyed hunting and fishing. He also enjoyed gambling and bowling.

He will be sorely missed by his family and all the friends he made.