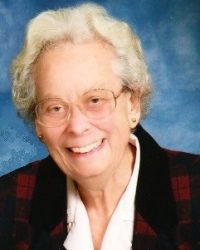 Graduate of Stadium High School in 1945 & from the University of Puget Sound in 1949 with a B.A. in Sociology.