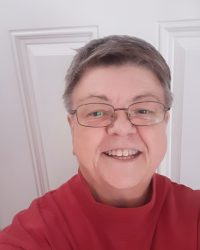 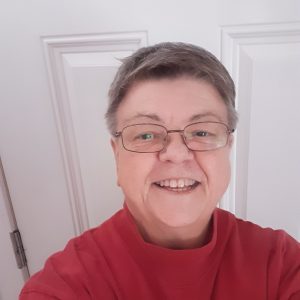 Janice was born June 14, 1958 to Bruce and Leona (Tinker) Chandler in Cortez, Colorado.  She was raised in and around Durango, Pagosa Springs and Bayfield Colorado until her 8th grade year, in 1971, when her family moved to Tolleson, Arizona.

She had many fond memories of living on a guest ranch as a child in Colorado, riding horses, going on lunch rides with guests and her father, “helping” the wranglers, playing with guests children in the summers, and sledding and snow shoeing with her sister in the winter months.

Her parents later owned and ran a short order café/grocery store with a small boat dock at Vallecito Lake Colorado.  Although Janice was too young to work in the café, nor did she want to, she spent her days at the boat docks around the store, again, “helping” the boat dock owners.

Upon moving to Arizona, Janice excelled in school, graduating with honors in the top 10% of her class at Tolleson Union High School in 1976.  She briefly attended Grand Canyon Community College after graduation and after some she time found herself employed in the mortgage industry in various positions, which she loved.  A career change led her to Edward Jones Investments where she became a Business Office Administer, in San Diego CA and later in Tumwater, WA.  Janice loved to travel whether alone or through business travel and had been to all but a handful of the 50 states and Scotland.  She left Edward Jones in about 2016 and became a freelancer, holding positions from dog sitter, pizza delivery, Uber driver to Uber Eats driver.  She volunteered at the Lewis County Gospel Mission and at the Lewis County Animal Shelter.

Janice was active for many years at St. Benedicts Episcopal Church in Lacey and was on several councils and committee’s during that time.

Just prior to Christmas of 2020, Janice was diagnosed with Stage IV Pancreatic Cancer.  She moved to Pe Ell with her sister in January and began what became a short stint of chemo treatments. She fought her short battle fiercely until she had no energy left.  Janice is preceded in death by her parents and is survived by her sister Arlene Pierce (Chris) of Pe Ell, WA., her niece Krista Little (Eric), a great niece and three great nephews all of Dryad, WA., an aunt, Barbara Jo Southerland, Longmont, Colorado  and many loving cousins.  Janice lived life on her own terms and passed into God’s arms in the same way.  She will be missed by many for she loved many.  Rest In Peace dear sister.

A Memorial Service conducted by the Reverend Betty Echols will be held on April 24th at 11am located
inside St. Benedicts Episcopal Church, 910 Bowker St. SE, Lacey, WA  98503

The family requests that in lieu of flowers,
donations be made to your local animal shelter or favorite charity.