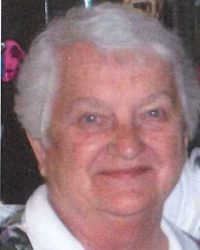 A celebration of Jane’s life will be held from 2:00 – 6:00 PM on September 21 at The Heritage
Room, 604 Water St. SW Olympia WA 98501 (parking available at the parking lot located on the corner of Water St. and 7th next to the Water Street Cafe, or free on-street parking.) Memorial donations can be made to a favorite charity (Jane had too many from which to choose!)

Jane packed her bags for her final journey on September 1, 2019, from her home in Olympia, WA. She fought the good battle and jammed as much family, friends and life into her last days as possible. 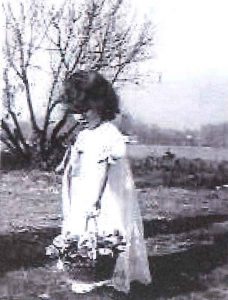 Jane’s trip into this world began on February 9, 1935 in Alton, Iowa. Her traveling days started early, with her parents (Vincent H. and Celia (Bamberg) Lieb) pursuing various employment options that took them from Alton IA to Alton IL, to El Paso TX, Albuquerque NM, California, and Vancouver WA. She attended Providence Academy in Vancouver for grade school and middle school, switching to Vancouver High School to finish her formal education. She grew up with older siblings Bob (Lieb) and Rosemary (Cuda), although she often said she felt like an only child because of the large age gap between her and Bob (15 yrs) and Rosemary (10 years).

Jane had many occupations in her adult life: a waitress at The Holland restaurant in

Vancouver WA, a dental hygienist, a wife to Bob Ziegler (1954 – 1990), a census taker, an Olympic View Elementary school secretary, a North Thurston School District administrative assistant, a real estate agent, and a bookkeeper for O’Blarney’s Irish Pub in Lacey WA. Her favorite occupation was being a mother to her children Beth, Linda, Dave, and Brian. She said she knew early in life that all she wanted to be was a mom.

She volunteered as a Girl Scouts chaperone on Europe trips, for the March of Dimes, Roosevelt Elementary PTA, Junior Women’s Club, State Capitol tour guide and the Senior Center. She was active in Friendship Force and the Abbey Players, allowing her to enjoy two of her favorite activities (traveling and being the center of attention!)

Jane was passionate about her causes and her hobbies. She loved to travel, and was proud of the directional signs in her yard which named all of her travel destinations (24 of them). She loved traveling so much that she sold her house and all of her belongings to travel to Spain with a dream of driving around Europe in an RV under the moniker Grannomad. It was a short-lived dream but she was determined to give it a go. 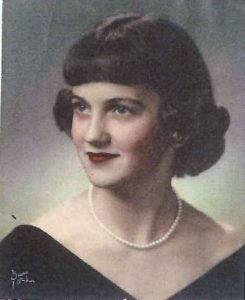 Jane also loved gardening, piano playing (with expletives!), sewing (more expletives!),
hostessing parties at the lake house, singing, dancing, cross-country skiing, good food and bad wine. She had a sharp wit, LOVED to debate any issue, and was passionate about women’s rights (and wasn’t afraid to share those opinions!) She loved history, watching old movies (no commercials, thank you very much),  crocheting, and reading. But above all, her kids, grandkids, and great-grand babies brought her the most joy in her life. She was not an
overly-demonstrative woman, but her outlook on life changed after her cancer diagnosis two and a half years ago, and her family was very fortunate to experience the positive qualities that she had within her over her last few years. 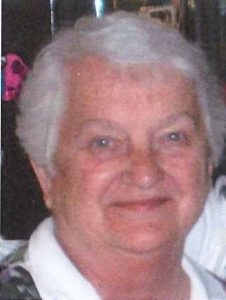 Jane had several defining characteristics that endeared her to her family (or caused endless eye rolls!): her frugalness and allowing just one half of a Trident gum piece; her attention-getting tricks such as snapping her fingers to have us bring her cigarettes while on an extended phone call; taking time for herself and just enjoying life such as sunbathing in a float tube on the lake with a cold beer; her talents such as her piano playing and singing; her attempt to get healthy by only buying whole grain bread and jogging around the house (in clogs!); and her willingness to try anything (including pipe smoking and marijuana in three forms: illegal, medicinal and recreational.) She was the original badass!

Jane was known as Gigi, Grape Aunt Jane, Grannomad and Grandma Popcorn, but she will always be “mom” to her children Brian (Julie) Ziegler, Dave (Ina) Ziegler, Linda (Mike) Shea, Beth (Craig) Halstrom, and her fur-baby Penne; “Gramma” to her grandchildren Trevin, Brenna, Christa, Danny, Sierra, Jenny, Claire, Chloe, and Hannah; and “Great-Gramma” to her great-grandchildren Kyler, Bennett, Emmett, Dylan, Ava, Keller, Knox, Emma, Eli, and Levi. Her family will carry on the tradition of hot spiced wine and Norwegian Kringlars at Christmas, visiting the beach on her birthday, and enjoying popcorn, ice cream and wine whenever possible. 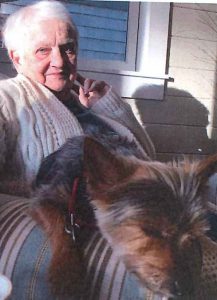