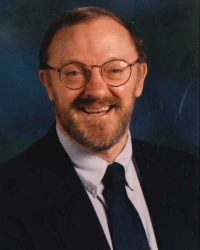 Celebration of Life will be held at Unity of Olympia, 1335 Fern Street SW, Olympia on Saturday, September 14th at 1pm. In lieu of flowers, please send donations to Us Too, International (2720 S River Rd Ste 112, Des Plaines IL 60018). 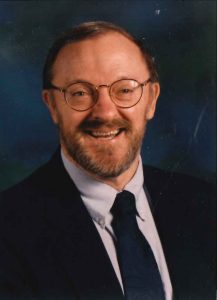 (Jim) J. Kiefert was born on Sept. 21, 1938 in Green Bay, WI to Gertrude and Michael Kiefert. He lived in Green Bay through high school where he played football, wrestled and played the violin in the orchestra.

He attended the University of Wisconsin at Stephen’s Point where he earned his Bachelor’s Degree in Education and continued his passion for sports and music. Following graduation, he taught junior high school and coached. He continued his education at the University of North Dakota, graduating with a Master’s of Education and a EdD in Educational Psychology. After several years of teaching at Washington State University in Pullman, he became the assistant superintendent for the Educational Service District in Seattle, and later in  Wenatchee, WA. Jim finished his academic career first as the Superintendent of Lopez Island School District and his last 11 years as Superintendent of the Chenoweth District in The Dalles, OR.

After being diagnosed with prostate cancer, he spent 30 years helping men and their families travel the path of prostate cancer. He organized a Prostate Cancer support in The Dalles, OR and another upon a relocation to Olympia, WA. He became a member and eventually the Chairman of the Board of Directors for Us Too, International. Jim also served as a patient advocate for the Federal Drug Administration and for the Department of Defense research grant monies.

Jim and his wife, Maureen (Mo) traveled to many countries meeting physicians, researches, and pharmaceuticals. Men and spouses called from all over the country to hear Jim’s story. While ne never gave medical advice, he gave information on available treatments, new studies and research and provided encouragement.

Jim was an avid sailor winning many racing competitions. The height of his sailing career was captaining a crew from Maui to Seattle. He and Mo loved hiking, RVing and spending time in AZ during the winter. Jim will be remembered as  patient, , fun loving family man.

Jim was preceded in death by his parents, Gertrude and Michael Kiefert; daughter, Sandra Johanns and stepson, Michael Lempe.

Jim is survived by his wife, Maureen, of 33 years, daughter Susan Portincaso, Sons Peter and John, Step Children, Diana DeHavilland, Scott Lempe, Tim Lempe, Wendy Wood and Kamela Daniels and by brother and sister-in-law Bob and Donna Kiefert. Jim was grandfather to 12, great grandfather to 20 and a great-great grandfather due in October.