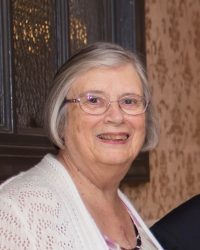 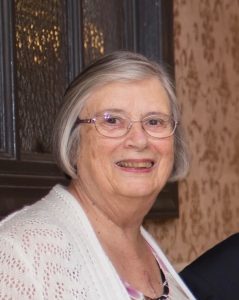 Glenna Gail McNamara passed away peacefully on November 20, 2019,at her daughter’s home in Olympia, Washington, after a brief struggle with pancreatic cancer.

Gail was born on October 18, 1942, in Powell River, BC, Canada. She moved to Vancouver, BC after high school to study nursing and then settled in Bellingham, Washington in 1964 after completing her R.N. degree and marrying Bill McNamara. Gail later lived in Lynden, WA for a short time and eventually moved to Olympia, WA after retiring from a career as a public health nurse.

Gail is survived by her son Greg (Rose) McNamara of Everett, and daughter Andrea  McNamara (Jeff) Doyle; her grandchildren Molly, Andrew, Margaret, Caroline, Samantha, Keegan, and Addie; and her great grandson Otto. Gail loved being a grandmother and great-grandmother. She also found fulfillment in caring for many foster children, including Samantha, Sonia, and Samara, who she took great pleasure in helping transition to their forever families. Gail was a dedicated and reliable attendee at every imaginable type of rehearsal, lesson, game, concert, performance, and other event her grandkids and foster kids participated in.

Gail worked briefly at Vancouver General Hospital and at St. Joseph’s Hospital in Bellingham. She spent the majority of her working life as a public health nurse at the Whatcom County Health Department, where she worked in the immunization and travel clinics, and helped with child victims of sexual abuse. Gail also volunteered at The Brigid Collins Family Support Center, helping children from abusive relationships.

Through the years, Gail enjoyed knitting and crocheting, and researching her family history. As an only child, she treasured her relationship with her cousin Heather. She also looked forward to the many “cousins gatherings” held regularly in British Columbia, Oregon, and Washington with the relatives from her mother’s large extended family. Gail loved the symphony and had occasional season tickets with her daughter to attend the Vancouver and Olympia Symphonies. She was an avid reader and liked sharing books with her daughter-in-law Rose.

Gail enjoyed an active retirement and loved to travel. She visited many places far and near with different friends, including Russia, Turkey (where she enjoyed a thrilling hot air balloon ride), China (where she marveled at the Terra Cotta soldiers and Great Wall), Holland (where she visited Amersfoort, her family’s city of origin), Utah, Arizona, the Grand Canyon, Zion National Park, Georgia, and North Carolina. She made several trips to Honolulu with her dear friend Anne, and took each of her long-term foster kids to Disneyland.

In recent years, Gail especially loved Wednesday evening Dominoes, Saturday morning tea, and monthly lunches with the ladies from her neighborhood. Throughout her life, she stayed close with her childhood friend Margaret and always enjoyed the regular reunions of her nursing school classmates.

Gail was preceded in death by her father Glen Hicks and her mother Gertrude “Mollie” (Hoof) Hicks.

In lieu of flowers, please consider making a donation to Foster Parents Association of Washington (FPAWS.org). 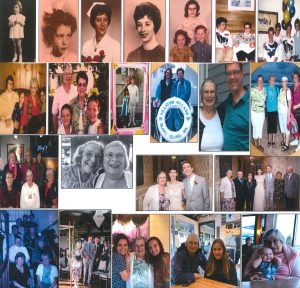