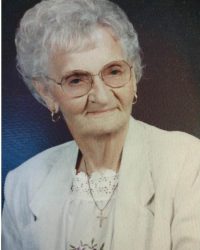 A funeral Divine Liturgy (Mass) will be celebrated at 9:00 a.m. on Saturday, February 17, at St. George Byzantine Catholic Church located on Yelm Highway.