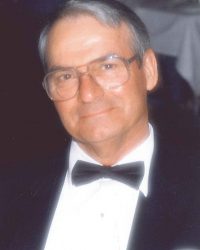 He attended Tacoma Public Schools but left Lincoln High School at age 16 to join the Army transport and serve in World War II.

Donald retired from Consolidated Freightways in 1989 after 34 year career
by which he earned several safe driving awards.

In June of 2017 Donald and Patricia celebrated their 70th wedding anniversary.

Donald enjoyed many activities including hunting and fishing with his two sons and camping with his entire family especially with his grandchildren. He and his wife also enjoyed traveling around the world with various cruise lines

In lieu of flowers a memorial donation can be made in Don’s name to the Alzheimer’s Association.