A funeral is scheduled for Saturday the 16th of January at 10:00 AM PT and anyone is welcome to join via the following Zoom link: https://us02web.zoom.us/j/7947301069?pwd=cmNRbXh4NUNwVktVZGJuNTV0d0laUT09 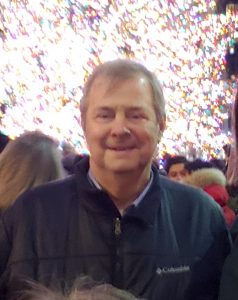 David Edward Baria passed away on January 10, 2021, in Lacey, Washington at the age of 67. David is survived by his wife and sweetheart JoAnn, his children Kathryn, Jennifer, Rebecca (Aaron), Elizabeth, Benjamin (Katelyn) and Michelle, his brother Rick, 10 grandchildren, and many extended family members who love him dearly.

David was born on June 5, 1953, in Charleston, West Virginia. As a young boy, his family moved around for a few years before settling in Texas and David forever remained a loyal Texan.  Denton, Texas was where he grew up, obtained his Eagle scout at the age of 14 and graduated from Denton High School in 1971. His father was a pilot and David loved airplanes from a young age. He was known to be able to identify any airplane in the sky and made sure to visit many air museums during the course of his life.

He had a similar talent with diagnosing and fixing cars and was called upon to do this many, many times.   David was also a master builder and craftsman and often used his abilities to beautify the homes and yards of his family members.  He was a generous man who loved to admire the stars in the heavens and was passionate about the related shows:  Star Trek, Stargate, and Star Wars. David was blessed with a beautiful bass singing voice and participated in many choirs and performances over the years.   He loved to travel with his family and was able to see many beautiful places in his life in both the United States and internationally.  He still holds the family title for visiting the most countries.

He was an active and dedicated member of The Church of Jesus Christ of Latter-Day Saints, serving a two-year mission in Chile. He returned to BYU where he met Jo Ann Warnick and they were married in the Provo Utah Temple on August 22, 1975.  Shortly after, they moved to Texas and started their family. Over the next 18 years, they welcomed six children, worked various jobs, put themselves through college, and built their own home. He graduated from the University of North Texas in 1985 with a degree in Political Science, and then again in 1992 with a degree in Emergency Management. Their family lived in Texas for 20 years before his work brought them to Lacey, Washington, where they have lived for nearly 25 years. David worked in Lewis County as a Purchasing Manager and later as a Business Advisor until his retirement in 2015.   He spent his retirement years helping others, building beautiful and lasting creations, and providing advice, support, and unconditional love to everyone around him.   He is remembered as a kind-hearted, thoughtful, intelligent husband, father, and grandfather who deeply loved his family and was always there when we needed him.

A funeral is scheduled for Saturday the 16th of January at 10:00 AM PT and anyone is welcome to join via the following Zoom link: https://us02web.zoom.us/j/7947301069?pwd=cmNRbXh4NUNwVktVZGJuNTV0d0laUT09

The family would like to thank the hospital staff at Providence St. Peter’s for their dedicated and selfless service and care. 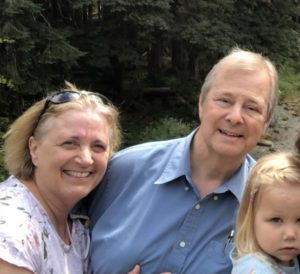