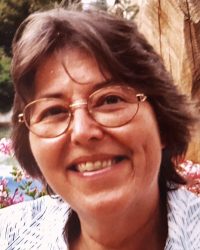 Connie Manson’s service will be here at Woodlawn Funeral Home and Cemetery on Saturday March  6, 2019 at 2pm. There will be a respection held after wards in the reception room.

Connie’s Obituary
Connie Jeane Manson was born March 28, 1950 and passed away after a long illness on March 8, 2019. She lived her life exactly how she wanted.
Her passions were her career, her family and friends, travel, politics (CNN and MSNBC have lost an ardent fan), and supporting her community through generous contributions.
After graduating from Ballard High School as one of the top students in her class, Connie attended the University of Washington where she earned a bachelor’s degree in English. Connie then went on to earn a Masters of Library Science, also from the University of Washington, and became a highly accomplished geological librarian. For over 25 years, she worked as a Senior Librarian for the Washington State Department of Natural Resources (DNR) Geological Survey. Within this role, she had an opportunity to express her love of geological science by organizing geological references for geologists and stakeholders, and giving presentations on geological hazards to communities and organizations statewide. She also served as President of the Geo science Information Society in 1998, and edited their newsletter. In 2008, she received the Mary B Ansari Distinguished Service Award from the Geo science Information Society. Following her retirement from DNR in 2003, she worked with the American Geo sciences Institute where she indexed geology references for publications worldwide.
Over the years Connie traveled to England, France, Germany, Italy, Greece, and Egypt. Her bucket list included touching the Great Pyramid of Giza and sailing the Nile, which she did in 2007.
The foundation of her life was her family and friends. For years, Connie hosted bustling Thanksgiving dinners, where friends and family gathered, and filled her tiny house with love and merriment. She was also an avid lover of literature, and family members were blessed to receive books as holiday gifts–or just because. Connie also had a love of fine art, theater, opera, museums, and history.
Generosity and compassion extended to her community as well. She supported numerous charities and groups through material and monetary contributions. She had a selfless passion for helping others, and was a fierce advocate for causes she believed in–especially those related to women’s issues.
Connie is joined in heaven by her parents, Elaine and Richard “Dick” Manson, her brother Michael Manson, and many beloved dogs and cats that graced her life along the way.
Thank you for celebrating Connie’s life with us. Please also consider honoring her memory by contributing to Planned Parenthood or Safe place of Olympia. And be sure to raise a glass of chardonnay, too!