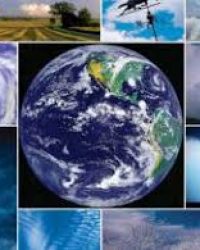 Charlotte was born in Seattle, Washington to Charles and Catherine M. (Mayne) Hopper. Charlotte died at the home she shared with her longtime friend, Betty Jankus.

Shortly after her birth, Charlotte’s father died unexpectedly, so her mother took Charlotte back to her mother’s home in Livingston, Montana, where Charlotte was raised by her mother and grandmother.

Charlotte was always a very good student and following her graduation from high school, she went on to pharmacy school. Shortly after that, WWII began, which seemed much more interesting to Charlotte, so she withdrew from school and enlisted in the Navy “Waves”. She was sent to aerographer school which began her introduction to meteorology. Her familiarity with weather codes made her a prime candidate to assist in the decoding of Japanese secret messages. There were very few women in meteorology except in the military.

Charlotte left the service in 1955, and went on to earn her bachelor’s degree in Meteorology from the UW. However, she was recalled for the Korean War and she took the opportunity to complete her officer candidacy school with the Air Force. She was then assigned as the only female Air Force weather officer in occupied Japan. During her military career, Charlotte was honored with many awards and medals.

In the early ’50s, after earning her degree, Charlotte worked for SCRIPPS Institution of Oceanography in La Jolla, California. She then took a job with Los Angeles County Air Pollution Control District where a committee of meteorologists was commissioned to forecast levels of pollution in the air and devise an advanced warning system for the public.

Charlotte met Betty Jankus in 1962 while Betty was also in the Air Force working with monitoring classified chemical and biological warfare tests. In the air pollution job Charlotte had to work with the meteorology research company where Betty was also working. They immediately developed an affinity and professional respect for each other. Their paths crossed many times throughout their military and meteorology careers; thus, they became very close friends.

Charlotte and Betty have traveled all over the world together. They entered the Volkswalks and visited all the major rivers in the world. Upon their retirements, they decided to joint together at Panorama Retirement Community in Lacey, Washington in 1990. For the past thirty years, they have spent all their retirement together in Panorama.

Charlotte was preceded in death by her parents and her step brother William Bradford. She is survived by her close friend Betty Jankus, her niece Ann Bradford of Seattle, Washington, and her nephew Robert Bradford of Billings, Montana.

Cremation arrangements were by Woodlawn Funeral Home and her burial is at the Mt. Tahoma National Cemetery in Kent, Washington