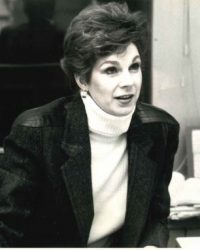 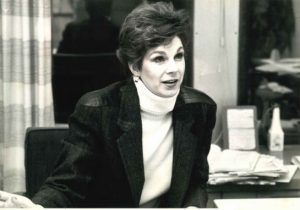 Barbara resided in Lacey since coming here from

Virginia with her husband Bill in 2006. She retired in 2000 from Pfizer Pharmaceutical in New York City, NY where she was the Property Tax Manager for the United States and Canada. Barbara went to Mercy HS in Chicago where she grew up and studied at the
University of Chicago. She also took Courses at New York University in NYC and holds an Associates
Degree in Farm Management from Lord Fairfax Community College in Winchester, VA. She had three
Children which were raised in the Winchester area of Virginia where she owned a horse farm. In addition, she has four granddaughters, a grandson and seven great grand Children.

There were many activities that Barbara enjoyed. Her favorites were collecting antique sterling silver, old dish services and first edition books. She in fact maintained a show case for many years in an antique shop in upstate New York. She was a Europhile, particularly enjoying France and Italy. She and Bill were married in Ventimiglia, Italy in 2000.

And while she loved to travel and collect, she very much enjoyed cooking, especially in making her own variant of popular Dishes. Barbara was a very smart person with an IQ of 136 and a forceful personality. “She did not suffer fools gladly“. But at the same time, she could be very warm and generous, especially with her family. She was an attractive woman who loved fine clothes and dressed with an understated
elegance. She is already missed but is now in a better place and no longer suffering the long-term illness she was dealing with. God bless her.