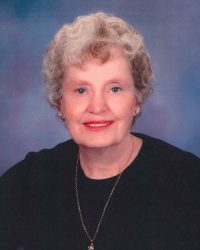 Visitation is scheduled for Friday, October 11, 2019 at 1:15pm. Funeral Service to follow at at 2pm. Woodlawn Funeral Home and Cemetery Lacey, WA 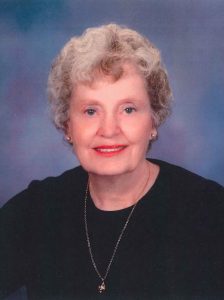 Alice Mae Lewis passed away October 2nd at the age of 86.  The youngest of three sisters, Alice was born on April 19, 1933 in Toppenish, Washington to Mabel and John Martin. Her father died in 1940 and her mother later married Dayman Tucker.

In 1954, Alice married the love of her life, Richard (Dick) Lewis, in Toppenish, Washington and the newlyweds promptly moved to Washington D.C. where Dick served with the Air Force. For the next twenty years they, as Alice liked to say, traveled the world. Raising two children in Japan, Germany, Washington D.C. and Alaska.

When Dick retired from the Air Force in 1972, Alice made her last move—this time to Lacey, Washington where she enjoyed gardening, spoiling her grandchildren, and volunteering at a nearby nursing home.

Most of all, she loved spending time with Dick. When the mountain passes cleared in the Spring, they’d be off in their camper to visit someplace new, stopping along the way to visit with family and friends. They were avid Mariner and Seahawks fans.

Dick died in 2014 and Alice never stopped missing him, remaining in the home they shared for 47 years until she passed away.

Alice is survived by her children, Connie (Stephen) Bond and Alan (Cindy) Lewis; her grandchildren, Stephen (Rachel) Bond and Karen (Brian) Deckard; her sister Audrey Duchsherer; two great-grandsons, and numerous nieces and nephews, including RuChene (James) Lake who provided care for Alice in her last years.

Alice’s parents, stepfather, and her sister, Marie Plummer, preceded her in death.

Visitation will be at Woodlawn Funeral Home on Friday, October 11 at 1:15 pm followed by a funeral service at 2 p.m. Interment will follow in Woodlawn Cemetery.